Those keen-eyed friends of mine, dapper and dashing, how it lifts my heart to see them at their bath!  Such purposeful vigor, such explosion of water!  One day I saw a jay training its, what, child, younger sibling?  They were identical, but clearly one was seasoned and one was not.  The challenge was, why this tentative dipping of toes? Get in the water and give it some gusto!  Here, let me show you…

Sometimes they declare a day-long concert. Such outpouring of trillings, burblings, improvs, even a quiet meditation or two. And scolding, as needed. Which it often is. As you would expect, one particular object of scolding is hawks. A group of red-shouldered hawks used to hang out around here. One clear and frosty Christmas morning, angels on my mind, the wind blowing sharp, my camera captured bright ‘wings.’ A jay would surely say:  Silly woman, you and your children safe in your house. That there is no angel.

While the red-shoulders remained, our jaybirds grew well-practiced in their cry — a kind of loud scream: Keeyuur…  Truly when the jay-version rang out, it would take someone with keener ear than mine to tell the difference. Many a chilling scream called me to my window, only to catch a jay in its mimicking. And I would wonder:  Why??

Then the red-shoulders moved on. A new hawk family moved in, Mr. and Mrs. Broad-wing, whose cry is quite different. It’s a high, thin, piercing whistle. The jays were hushed at first.  Then they began to practice.  But it seems a whistle is harder than a scream.

Then one day, as I sat on the patio deep in a book by Jaroslav Pelikan, a piercing whistle startled me. Definitely not a pelican. No, a broad-wing hawk! Oh the joy of a raptor so close! Only when I looked up I saw in the Chinese elm not a broad-wing, but a blue jay, who pertly pronounced:   Fooled you, eh?  What a smart  bird am I!

To what end his hard work in capturing this cry, in practicing till he got it just right, I have no idea. But I’m proud of him.  Proud of his discipline. Awed at what  drove him to excellence. Let us call him Tenacious Jay. I wrote a poem:

If a jay can rise with every dawn

and take up his duty on my back lawn,

if he can fit a bandit’s mask

to full embrace of heaven’s task

with all his shadow, and all his light,

if a jay be nimble, and brave and strong,

and ready to say when he is wrong,

if he can stand in the gap and shriek,

if he can help the mild and weak,

if he can narrow those bold black eyes

and get in some licks before he dies,

well, give me a jolt of electric blue

and let me be a jaybird too! 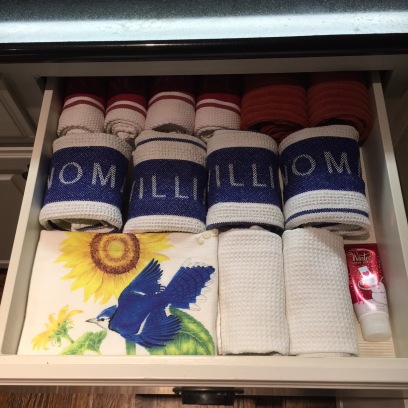