I fell for what may be a fake fact.  To wit: Robins don’t re-use their nests; for each new clutch, they rebuild.

Some days after the Magnolia Tree Gang of Three fledged, I lifted the nest, situated it just inside my garden gate, and placed in it three commemorative stones.  My way of honoring a work of art, industry, and devotion. 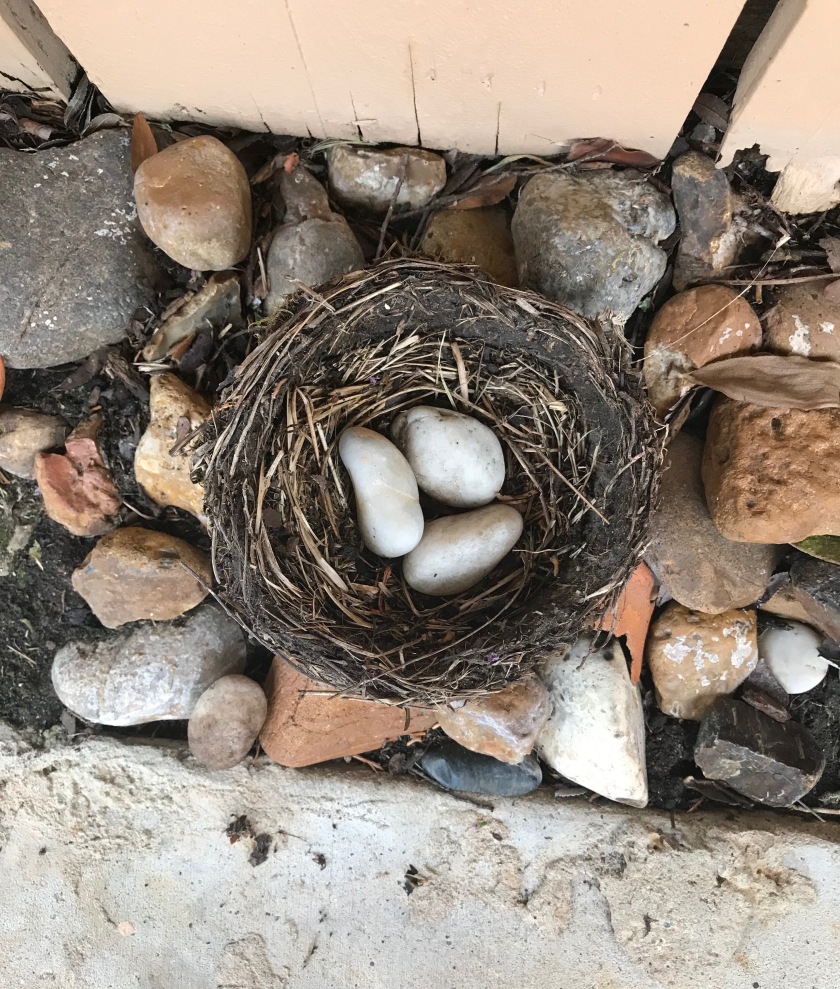 In a few weeks, in the exact same spot in the magnolia, Mama and Papa Robin began to rebuild.  Did they wonder what happened to the first nest?  Hmmmm. Did I feel a little guilty for their [possible] duplication of work?  Yes.

This time, two chicks hatched.  And then to my sorrow, there was only one.  After growing sufficiently enormous, he fledged, and I saw him no more.

Mistaken idea piles on possible fake fact:  sure that in the heat of July Mama and Papa were done for the season, I took the second nest, placed it by the first, and in it one commemorative stone.

Come now Mama and Papa to the exact same spot in the magnolia, with more material.  Yesterday I laughed when he offered a shred of white plastic, which she examined, then let flutter to the ground. But only after he’d flown away.

This morning as I walked by the Nest Museum, I saw the exhibit had been disturbed.  As an experiment, I swept away the the debris. Sure enough, next time I passed by, more debris. 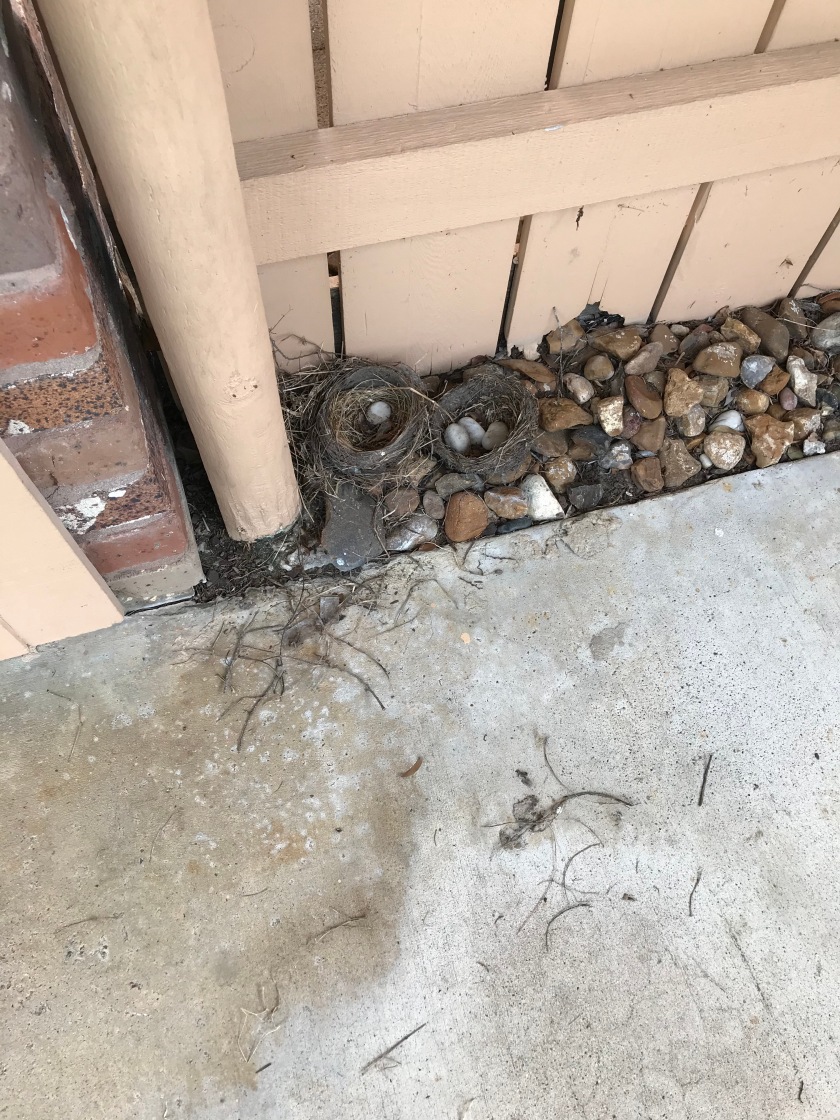 As I was taking the picture above, a silent form swept out of the magnolia, through the garden gate, and seeing me swerved sharply under the azaleas. Funny how earsplitting a robin can be outside my window at 5:30 a.m., how soundless at 9:30 a.m. as it tries to reclaim its property.  I will not take any more nests, and I do ask their forgiveness. 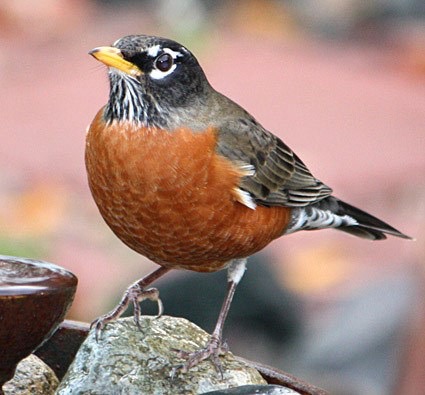 One thought on “Robin Recycling”