You’ve likely heard this wisdom:  Don’t take impetuous actions or say impetuous words when you’re HALT.  That is, hungry, angry, lonely or tired.  When you’re HALT, your present moment is very small.  Long term consequences have been crowded out, almost as if they don’t exist.  I think boredom is another danger.  Out of boredom, one might needlessly needle someone.  Know what I mean?

At my church I wear the hat of Historical Chairman.  As such I watch over the long term, the larger present moment, otherwise known as tradition—Judeo-Christian, United Methodist, and local congregation.  One way I do that is to present displays to illustrate each season of the Christian year.  This is more joy for me than I can even describe!

Perhaps I can describe it a little by sharing a report I gave to our church council this week.  A note of explanation:  We’re in the season of Epiphany, which takes us this year from Epiphany Sunday–January 6–all the way to Lent, which begins on Ash Wednesday–March 6.  Are your eyes glazing over yet?  Well, an emerging epiphany for me is that people like rhyme.  A lot.  Rhyme can take swathes of information, consolidate it, present it in a way that makes eyes shine–far better for eyes to shine than glaze over!  So, enjoy the poem, and the images that follow.

A happy hat at Trinity

Is mine again to wear

That there are several reasons

The church should organize itself

According to the seasons

The seasons teach our story

Repetition works it in

The colors and the images

Touch us deep within

Advent and then Christmastide

And now the year’s half spent

Another half a year

Leads us up to Advent

And then it’s January

And then a dove and a blessing

There is of course an exhibit

In the cases in the West Wing

We hope it brings a smile

We hope it makes you sing

Star of wonder star so bright

Help us shine the holy light

Epiphany’s ours for another month

And then we’ll curate Lent

On that you can depend

And all to fortify

And all to open our eyes

And all to impart a grateful heart

Grounded and growing and wise 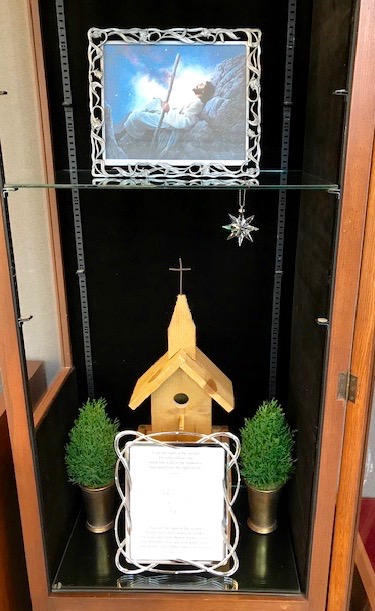 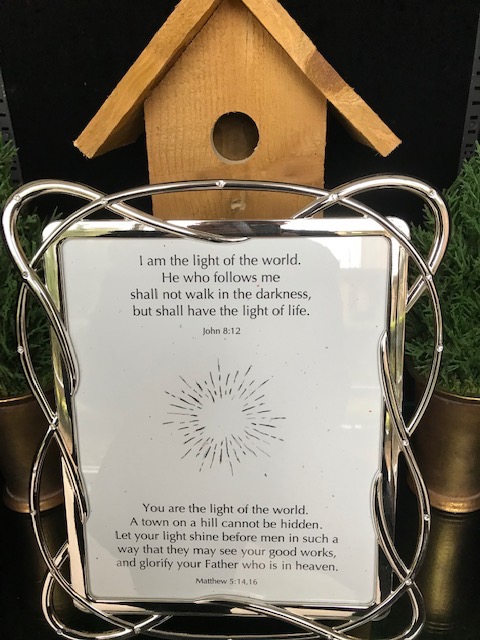