Yesterday I traveled to Houston to attend an all-day class called “Wise Up! Four Biblical Virtues for Navigating Life.”  Our teacher was the delightful, beautiful, learned, engaging, down to earth and very funny Dr. Alyce McKenzie of Perkins Seminary, SMU.  I arrived hungrier than I knew, and she fed us. Did I mention it was a wonderful day?

Among the rich food she served: She told us that when her young preaching students wonder what new thing they can do with such an old, old Story, told so many times, she redirects them to this truth–the Eternal One is waiting for your voice.  Your voice — unique, and never heard before.

Got me to thinking about the first time I spoke to a large group about something that deeply mattered to me.  The year was 2000 and I was a painfully shy young thing of 46.  Dr. Jim Killen stopped me in the hall at church one day.  He asked me to give a short faith testimony, in worship, before the whole congregation.  Okay then!  Did I mention our service is televised?

Well, I did the usual stammering about inadequacy.  I asked him what in the world I could give the congregation?  He asked me, so very gently, if perhaps my family was going through a time of testing.

Why, yes we were.  And as a matter of fact, I had just had a related experience I could not explain, but which brought me great comfort. Perhaps Jim guessed there was some “new creation” percolating in me? Who knows. Doesn’t matter. All that matters is that I had just received a mandatory opportunity. [Thank you Alyce McKenzie for the new term!]

Well, I am an obedient soul.  Mostly. My testimony flew together.  But still, the dread was there.  These people love me, yes.  But will I do a good job?  The morning came. My heart was burning with anticipation.  And terror.  But I was not without some tools in my toolkit:

And so a trembling Methodist girl sat alone in her living room, played some gorgeous Jewish worship music on the stereo.  And then I began to recite a Zen poem, over and over, all the way to church, all the way up the aisle to the podium.  And lo, my legs held me up, and I preached.  I preached it, sisters and brothers.

As I processed out of the sanctuary with Dr. Killen, now of blessed memory, he said one word to me, which has rung down the years:  “Magnificent.”

Goes to show what the Spirit can do, if we cooperate. I had found my voice.

Would you like to hear the Zen poem, by a long-ago person named Do-gen? I recommend it to you:

“Midnight. No wind, no waves. The empty boat is flooded with moonlight.”

And so it was. I emptied my boat, and it was flooded with Presence. 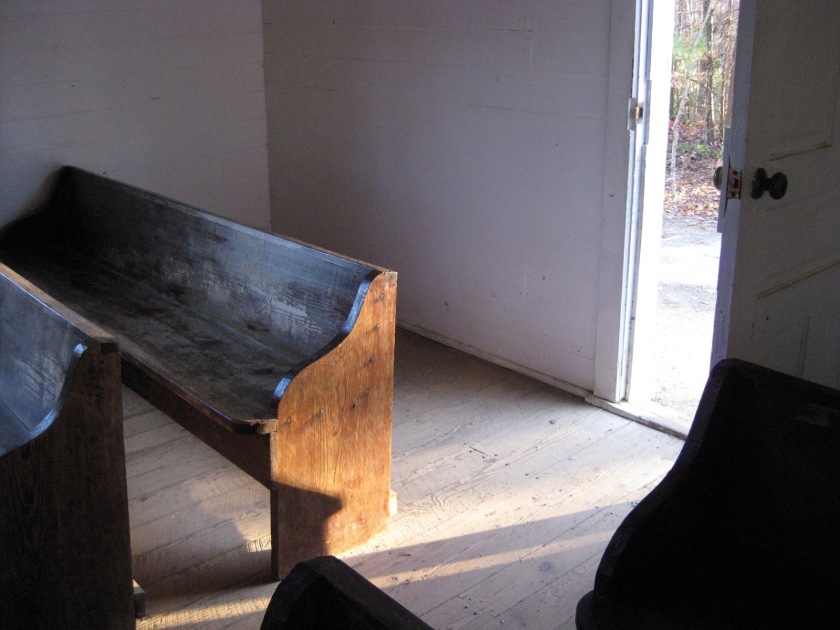 Dr. Killen’s sermon today is going to be about Somebody Who Loves Us.  I want to share with you what I know about this Somebody.  The picture I see of Him in the Bible is Somebody who for some wonderful and amazing reason is passionately in love with humankind, who loves each of us with a constant, unwavering, undying love.  Whatever our priorities are, His priority is to love us.  This Somebody has been showing His love in a special way to my family lately, teaching us how to find courage and joy in the midst of pain.  I have seen His hand at work throughout our ordeal, and I have never doubted that He is with us, but I had a particular experience this past Good Friday that made Him more real to me personally than He has ever been.   It started with a letter I wrote to Him one sad Thursday afternoon, looking for some answers.  I figured it might help to just lay it all out before Him.  The letter is called Mystery.

My father is missing.  His body lies in a bed at a nursing home, but he is not there. He is … where?  He is “in a coma.”  Across the room, in another bed, lies the body and remnant mind of my mother.  She is panting, agitated, her beautiful green eyes wide open, puzzled.  She cannot speak an intelligible word.  She has been this way a long time, but Daddy has not. Until four months ago he was strong, vital, active.  At seventy-three he worked full time and supervised the care of my mother at home. We all knew he was getting tired. We all knew he was sad. The strain of my mother’s condition was … well, no one can claim to know fully what it was like for him.  The grinding pain of it.  But he loved life, he loved us, and he had boundless courage.  He would never, never give up or give in.  So we thought.  The last morning of the century, the last morning of the millennium, he gave up. Something happened in his brain, a massive hemorrhage.  He was dressing for the day.  The sitter downstairs with Mother heard him fall.  The formidable mind, the sharp wit, the whimsical Daddy were … gone.  I saw him soon after, and I knew in my soul that he was gone.

Where have you put him, Lord?  He knows nothing of this new century.  His brain was hurt too badly to survive, but he did anyway.  He is strong, strong.  His body lives.  And now Easter 2000 is here, and we say, “Christ is risen!”  You are risen indeed, and all is glory now.  But where is my daddy?  Does he stand smiling at the face of the risen Eternal One?  Sometimes Daddy opens his eyes, his beautiful eyes. But they are vacant.  He yawns, he coughs, but he sleeps on.  What have You who made him chosen to do with him?  Ah, You are teaching us indeed to live with mystery.

Sometimes as he sleeps he has the blissful, purposeful look of infant-sleep.  He looks like a little boy, somebody’s beloved child.  And I know that he is.  He is God’s child, God’s boy, God’s teenager, God’s young man, God’s family man, God’s old man, God’s treasure.  “Jim” is written on Your heart, Lord.  Every name is special to You, Lord, but after all you had a brother named James.  You had a disciple named James.  You knew my daddy before he was conceived.  You played in the yard with James and ate with James and formed every atom in his body.  He is yours and You love him.  He believed in You and therefore he is and ever will be one with You.  Love never ends, and time is meaningless to You and to Jim.  But, oh, Lord, we who are left behind still have to live with time, and we cry.

Sometimes as he sleeps his brow is a little creased and I am not sure what is happening.  Is he vaguely aware of a little discomfort somewhere?  In some dim way does he hear Mother fussing? Or, is he fighting a mighty battle somewhere deep inside to come back to us?  Reason and medicine say he has gone too far away to be fighting any battles. His brother Paul says that Jimmy has finally met his match.  Probably that is true.  I feel that it is true.  But still he lives and I behold his face.  What have You done with him, where are You keepinghim?

Well, the next morning after I wrote my letter was Good Friday, and I had to go to the nursing home to sign some papers.  I was on my way up the sidewalk to the front door, alone, and suddenly our situation seemed so overwhelming that I thought my heart would break, and I had to will strength to my body to keep walking.  I remember thinking, “I could use some help here.”  Before the thought was half-formed, I felt a strong body next to mine, and an arm slipped around my waist to help me bear the sorrow. There was no earthly person there but me.  It was only for a moment, but it was enough.  I will know now, forever, that Somebody doesn’t mind if we question Him, Somebody is closer than we think, and Somebody loves us.  And I just want to say to Him right now what King David said in Psalm 63:  “For Thou hast been my help, and in the shadow of Thy wings I sing for joy.  My soul clings to Thee;  Thy right hand upholds me.”  Thank you, Lord.  I love you. Amen.

My parents, Edna and Jim Hambright, with David my firstborn, 1982

One thought on “Finding My Voice”